What are the origins of the infusion we know as Rooibos tea?

You are here:
Rooibos Industry News 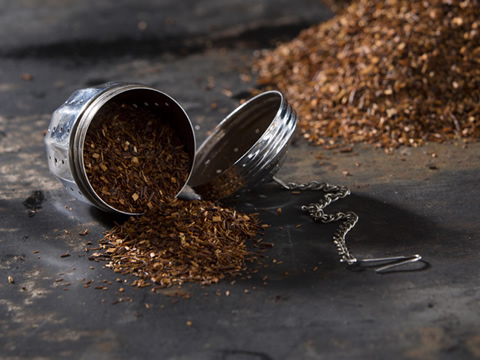 The SA Rooibos Council commissioned historian Boris Gorelik to investigate historical records on the earliest usage of the Rooibos plant (Aspalathus linearis) and the origins of the infusion known as Rooibos tea.

Gorelik says it is possible that the Rooibos plant was used by San and Khoikhoi people in precolonial times. “We have archaeological records that suggest that the Aspalathus linearis could have been utilised by humans many thousands of years ago. Yet we do not have information that details such uses. It is crucial to distinguish between knowing the plant and knowing how to use it.”

He found that the colonial-era settlers could have learnt about some properties of the plant from pastoralists and hunter-gatherers of the Cederberg region. “Yet we do not have sufficient information to determine the nature of that knowledge. As far as Rooibos tea is concerned … it is more logical to place its origin in the context of the global expansion of tea trade and the colonial habit of drinking Chinese and later Ceylon tea. In this case, the Rooibos infusion served as a local replacement for the expensive Asian product.”

Heatstruck? Science explains why drinking a cup of hot Rooibos is a healthier way to cool down this summer
Sep 28, 2020

How tea has empowered women through the ages
Feb 23, 2020

Survey reveals how South Africans enjoy Rooibos the most
Feb 23, 2020

How Rooibos can help to alleviate the symptoms of seasonal allergies
Feb 23, 2020