Celeb Foodies Show How To Enhance Dishes With Antioxidant-rich Rooibos 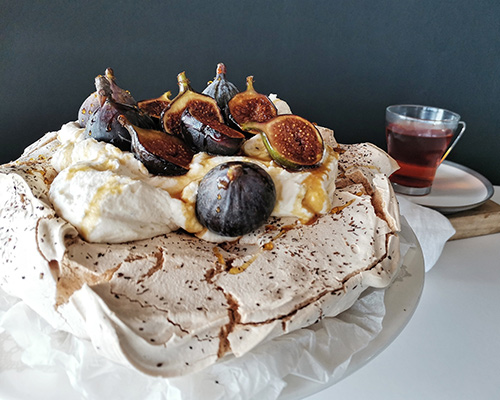 Considered by many as a superfood, Rooibos tea, is becoming a popular ingredient in food and drink.

To demonstrate its versatility, celeb foodies, Kamini Pather – MasterChef SA winner and Sabastian “Bas” Newman – well-known pastry chef – will be experimenting with the tea over the next few weeks to add some sparkle to lockdown cooking.

Pather says she’s always been passionate about cooking with local ingredients and often uses fynbos in her dishes.

“Rooibos is unmistakably South African and a versatile herb at that! It gives dishes a warm, earthy tone, while its caramel flavour also complements sweeter treats and desserts.

“Since it’s a base note flavour, the tea enhances an array of flavours from citrus to warm and spicy. In fact, I’d challenge anyone to volunteer a type of food that Rooibos doesn’t pair well with,” she says.

To Newman, it’s Rooibos’ natural sweetness that drew him to it. “When it comes to baking, it complements sweet and nutty flavours really well. I love the combination of Rooibos and white chocolate – one of my absolute favourite desserts is a Rooibos Creme Brûlée. The tea’s natural sweetness adds to and enhances the sweetness in dessert rather than overpowering it.”

Adele du Toit, spokesperson for the SA Rooibos Council says while Rooibos is known for its health benefits due to its abundance of antioxidants – when we think about cooking with it, many just don’t know where to start.

“That’s why we roped in Kamini and Bas to show home cooks how it’s done. It’s really easy and once you’ve mastered it, you’ll be able to reap the benefits of Rooibos when eating too.”

One of the best ways to infuse Rooibos into a dessert is to make a simple Rooibos syrup.

According to Newman, a basic syrup consists of a 1:1 ratio of sugar to water. “When making a Rooibos syrup, add one cup of sugar to one cup of water, squeeze in juice from half a lemon and add eight Rooibos tea bags to a saucepan. Simmer on low heat until a syrup starts to form. Don’t boil, as you want the flavour of the Rooibos to have time to infuse into your syrup. Once cooled, remove the tea bags and store in a jar or glass bottle in the fridge and use as desired.

“This simple Rooibos syrup can be used in creams or brushed over freshly baked vanilla sponge cakes to keep them moist while adding a touch of Rooibos flavour to it. It can also be incorporated into breakfasts by stirring it through plain vanilla yoghurt served with muesli and fresh fruit or you could end off your day by adding the syrup to a refreshing homemade lemonade. For cocktail lovers, this syrup works equally well in gin. The possibilities and combinations are truly endless,” he says.

Watch Pather demonstrate how to make finger-licking Rooibos lamb riblets and spicy Rooibos Chicken Satay, while Newman shares his take on a simply irresistible Rooibos and fig pavlova in a series of cooking videos posted on https://www.facebook.com/rooiboscouncil/.