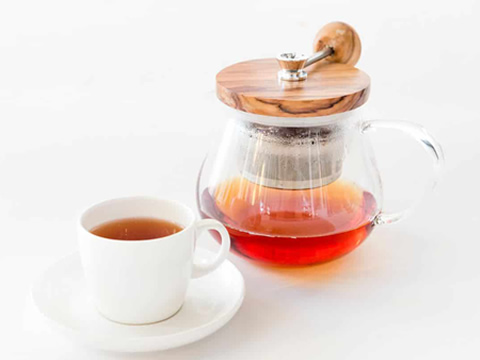 Tea has been hash-tagged over 29 million times on Instagram alone, indicating that social media might have made Sunday Tea sessions cool again. According to the SA Rooibos Council, more than 23 million users spend about three hours on social media every day. The Innova Market Insights consumer study also found that one in ten consumers in the US, Canada, Mexico, Spain, Netherlands and Australia base their beverage and food purchases on social media influences. This can help to explain the growth in the market’s take-up of Rooibos.

Adele du Toit, spokesperson for the SA Rooibos Council, said, “Before the social media boom, coffee was king, but these days tea is catching up to the popular brew. Aside from Facebook and Twitter, tea has been hash-tagged in over 29 million Instagram posts alone, arguably turning one of history’s oldest drinks into what may be the beverage industry’s sexiest new offering.”

Consumers who would like to cut back on coffee and caffeine are increasingly looking towards botanical and herbal teas such as Rooibos. Hence, consumers are exploring flavour combinations and tea-based beverages such as tea-infused waters, soft drinks, energy drinks and even tea-flavoured alcohol options such as Rooibos-flavoured gin.

“So too, the increasing interest in ethnic cuisines is drawing food bloggers to unique flavours such as Matcha and Rooibos teas. Every time celebrity chefs, such as Gordon Ramsey or BBC’s Siba Mtongana, post a Rooibos recipe, it reaches millions of social media followers,” adds Adele.

If you are questioning tea’s ability to be sexy, search #tea on Instagram.

It’s a SHER thing:
Sipping tea is sexy – thanks to social media

Modern Marketing:
Consumers influenced by social media in their food and beverage purchases

New Rooibos phytosome to be developed for cosmetic application