How tea has empowered women through the ages 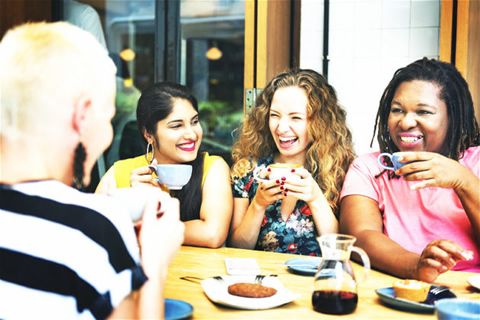 For centuries, drinking tea has played a central role in the lives of women across the globe. Women like British born Mary Tuke (1725-72) was among the first tea merchants to build a chain of tea stores. What’s more, she did so amid many jail threats and fines, since many (mainly men) were opposed to a woman running a business.

In South Africa, Dr Annique Theron stumbled upon the health benefits of Rooibos in 1968 when gave her allergic baby a bottle of warm Rooibos tea to drink, which settled the child’s allergic reaction. Naturally, she wanted to know more about Rooibos.

Today, women around the world are making Rooibos part of their daily lives as conversations and comforting happen over a cup of Rooibos. What’s more, people deliberately include Rooibos in their diets because of its health benefits. Rooibos contains minerals such as zinc, calcium, copper and potassium, and antioxidants such as aspalathin and nothofagin. This gives it immune-boosting and anti-anti-inflammatory properties.

When applied to the skin, Rooibos has been shown to help reduce the signs of ageing and to alleviate acne, pimples and sunburn. Taken as a hot or cold beverage, Rooibos helps to prevent cardiovascular disease, increase blood circulation, balance blood sugar and improve insulin resistance. Its antispasmodic agents help to ease stomach pains and aids digestion.

Read more about Rooibos and its health properties here:

Independent Online:
#WomensMonth: Women and tea – a match made in heaven

North Coast Courier:
How tea has empowered women through the ages

Rising Sun Overport:
How tea has empowered women through the ages

WeekendSpecial:
The power of tea

Randfontein Herald:
How ‘tea’ has empowered women through the ages

Rooibos 101: Surprising things you might not know about this national treasure

Why Rooibos is good for fighting colds and flu

Research on health benefits of Rooibos gets R4,5 million injection

How much are people spending on beverages?